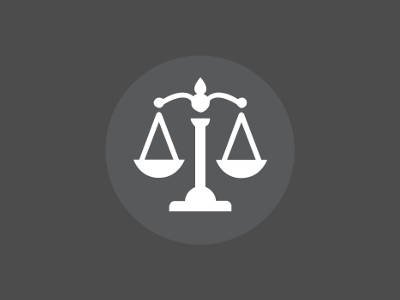 Here’s a brief overview of each topic.

A trademark is a word, phrase, or symbol that, alone or in combination, identifies its owner as the seller of the goods described by the mark. For example, one famous trademark is “Coca Cola” for soft drinks. The “Coca Cola” mark includes (a) the words, (b) the distinctive font used by “Coca Cola” for its name, and (c) the colors red for cans and green for bottles containing Coca Cola products. A trademark itself must be distinctive, and able to distinguish its owner as the source of the goods or services. A mark used to sell tangible products is called a “trademark”; a mark used to sell services is called a “servicemark.”

An owner of a mark acquires legal rights in the mark by using it in interstate commerce. Such rights are called “common law” rights and generally protect the owner’s right to use the mark in the geographic area in which he is operating.

It is possible to register trademarks and servicemarks with the United States Patent and Trademark Office (“PTO”). Registration expands protection for the mark across the United States. To register a mark, the PTO examines whether it is distinctive, whether it indicates that its owner is the source of the goods or services described by the mark, and whether it is likely to be confused with other registered marks. Registering a mark with the PTO also affords valuable substantive and procedural advantages in a lawsuit to enforce the owner’s rights in it. Once a mark is registered with the PTO, an international convention enables the owner to register the mark in most of Europe and other nations that have joined the convention. It is also possible for owners of marks registered overseas to use the convention to register their marks with the PTO.

Copyrights protect the original expression of an idea once it is fixed in a medium of expression. The expression of an idea may be written words, such as a novel, a musical composition, a work of art, such as a painting, or a computer software program. A copyright may also exist in a work derived from the original work, such as a film adaption of a novel, or a recording of a symphony. Mere facts or ideas themselves cannot be copyrighted. To be copyrightable, the author must express the ideas in an original way.

Copyright arises once the original work of authorship is fixed in a tangible means of expression. The owner of a copyrighted work may register the work with the United States Copyright Office. Registration affords the owner valuable substantive and procedural protections in a lawsuit to enforce the copyright. Once a copyright is registered with the Copyright Office, an international convention enables the owner to register the copyright in most of Europe and with other nations that have joined the convention. It is also possible for owners of copyrights registered overseas to use the convention to register their works with the United States Copyright Office.

The owner of a registered copyrighted work has the following exclusive rights:

Trade secrets can theoretically remain secret forever, but competitors may reverse engineer them. Trade secrets are almost never registered with any Government agency.

A patent protects new inventions that are useful, novel, and not obvious. The subject of the patent can include a machine, a composition of matter, a business method, and a genetically modified organism. A computer software program may be patented under certain circumstances.

The PTO issues patents, which generally last 20 years. A patent enables its owner to prevent others from using the patented method during the life of the patent. Before issuing a patent, the PTO rigorously examines the claims in the patent application.

Bowen & Logan, PLLC has Fairfax business lawyers with many years of experience in working with clients to identify, document, and protect their intellectual property. We have helped many clients register their copyrights, trademarks, and servicemarks with the United States Copyright Office and with the PTO. Our lawyers have assisted our clients to structure contracts among their employees, independent contractors, customers, and vendors to delineate the various intellectual property rights conveyed as components of the transaction. Finally, our litigators have experience using the PTO and courts to resolve lawsuits concerning intellectual property.